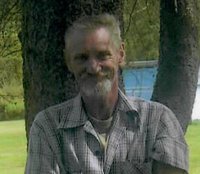 OPPENHEIM – Larry F. Lamphere, 64 of Bacon Brook Road, Town of Oppenheim passed away unexpectedly on Tuesday, August 28, 2018 at his residence. He was born on January 13, 1954 in Little Falls, NY the son of the late Eugene A. and Loretta H. (Johnson) Lamphere. He was educated in Dolgeville Schools. On May 13, 1978 he was united in marriage to the former Elaine Bullock. Mrs. Lamphere predeceased him on January 25, 1981. Larry was employed at one time for David Darling Logging and Lamphere Logging both of Salisbury and the former Helterline Sawmill, Stratford. He was presently employed at North Hudson Woodcraft, Dolgeville for the last 28 years taking some time off since June due to ill health. He enjoyed being outdoors the most and was a former member of the Dolgeville Rod & Gun Club. He is survived by his brothers, Gary G. Lamphere (Vicky Dager), Salisbury, Terry L. Lamphere (Rosie Hoffman), Palatine Bridge, his sisters, Beatrice Farnell (Tom), Little Falls, Nechia Dieffenbacher (Cyril Davidson), Little Falls, Hazel Miller (Allen), Pearl Tomasino, both of Cicero, NY, Kathy Chrisman, Salisbury and Janice Walrath (David), Salisbury, several nieces and nephews and his dogs, Demon, Colby and Beagle. He was predeceased by his brother Richard G. Lamphere, Sr., on October 19, 1985. Graveside services will be held on Saturday, September 1, 2018 at 9:00 am at the Stratford Cemetery, Town of Salisbury with the Rev. Chris Wintermute officiating. Arrangements are by the Chapman-Moser Funeral Home, Inc., 42 N. Ann Street, Little Falls, NY. There are no calling hours.