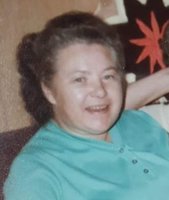 MOHAWK – Selma H. Valis, 87, formerly of Sandy Lane Road, Mohawk, NY passed away Thursday, October 25, 2018 at the Alpine Nursing and Rehabilitation Center in Little Falls, NY where she had been a resident. She was born on April 16, 1931 in Taurage, Lithuania, the daughter of the late Ewald and Ona Hajeris. She was educated in schools in Germany. Selma immigrated to the United States through Ellis Island on July 11th, 1950. She was united in marriage to her husband of 55 years Victor P. Valis on September 23, 1955 at the Zion Lutheran Church, Dolgeville. Mr. Valis predeceased her on May 29, 2011. She was formerly employed by Allegro Shoe, Little Falls and the Little Falls Foot Wear Co., St. Johnsville. She was last employed until her retirement at Curtain & Fabrics., Co., Herkimer. Selma enjoyed sewing, gardening and reading in her spare time as well as spending time with her godson, family and friends. She is survived by her beloved sisters Jane Hajeris of Schuyler, NY, and Olga (Theodore) Snell of Bullhead City, AZ; her godson and nephew Richard Hajeris of Albany, NY; nieces and nephews including Rita (Lawrence) Thompson of Clinton, NY, Ryan (John) Hajeris of London, England and Erica (Mark) Hagen of Whitesboro, NY; great nieces and nephews including Bret Thompson of Old Forge, NY, and Carrie (Ryan) Barry of Clinton, NY; and many great-great nieces and nephews. Selma was predeceased by her siblings and their spouses, Richard Hajeris and his wife, Anne, Edwin Hajeris, Walter Hajeris and his wife Sandra, Zina Brown and her husband, Robert, Alma Dickson and her husband, Charles, Gerhart "Gary" Hajeris and his wife Maryann and Martha Alguire and her husband William. Relatives and friends are invited to attend memorial services to be held on Saturday, November 3, 2018 at 10:00 am at the Chapman-Moser Funeral Home, Inc., 42 N. Ann Street, Little Falls, NY with the Rev. R. W. Williams, officiating. Interment will follow in Dolgeville Cemetery, Dolgeville, NY