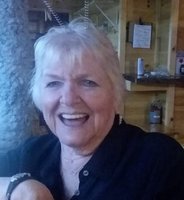 LITTLE FALLS – Jean M. Petkovsek, 78 of 760 E. Monroe St., Apt.# B-2, Little Falls, NY passed away Sunday, June 9, 2019 at Little Falls Hospital. She was born on February 27, 1941 in the Town of Norway the daughter of the late Bernard and Ethel (Hatch) Weakley. She was a graduate of West Canada Valley High School. On June 27, 1959 she was united in marriage to her husband of 41 years Frank Petkovsek, III at the United Methodist Church, Newport. Mr. Petkovsek predeceased her on November 19, 2000. Jean along with her husband Frank were the owners and operators on the Manheimdale Farm in the Town of Manheim for many years. After the couples retirement from farming she was employed for several years in various capacities at the Indian Castle Service area on the NYS Thruway. She is survived by her son John B. Petkovsek and his wife Patty, Little Falls, her daughters Beverly Sohnn, Welcome, MD and Terri Sterusky, Virginia, her brother Russell Weakley, Norway, her daughter in law Tina Petkovsek, Norway, her grandchildren Lance Petkovsek, Jennifer Sohnn, Walter Sohnn, Ashley Marsh, Tyler Marsh and Hunter Marsh, her step grandchildren Katie and Justin Combs, her great grandson Brady McLain and great granddaughter Kaitlyn Sohnn and several nieces and nephews. She was predeceased by her son Frank Petkovsek IV on November 18, 2016, her son in law William R. Sohnn on March 30, 2011 and by her brother Larry Weakley on October 6, 2016. Funeral services will be held on Friday, June 14, 2019 at 10:00 am from the Chapman-Moser Funeral Home, Inc., 42 N. Ann Street, Little Falls, NY. Interment will take place in St. Mary’s Cemetery, Town of Herkimer. Relatives and friends are invited to pay their respects at the funeral home on Thursday, June 13, 2019 from 5-8 pm and to attend the funeral services on Friday morning. It is the wish of the family that contributions in memory of Jean be considered to the American Cancer Society, PO Box 7, East Syracuse, NY 13057. Envelopes are also available at the funeral home for this purpose.