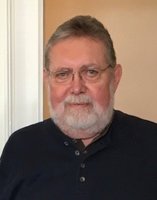 MADISON, MS - John Arthur Kaye, 72, a resident of Madison, MS, passed away peacefully on Saturday, August 10, 2019, at Baptist Hospital in Jackson, MS. Mr. Kaye was born to John George Kaye and Louise Loucks on March 8th, 1947 in Little Falls, NY. He graduated with a degree in Engineering from Rochester Institute of Technology, Rochester, NY. He was a founder and partner of Trilogy Communications until his retirement. John was a diversified athlete in high school, being particularly fond of wrestling and football. He was a lifelong devotee of the New York Yankees. John developed an aptitude for music early in life when he learned to play the trumpet and later the guitar. He shared the story of how, as a youngster, they would pay him to go quietly into the woods and play “taps” on his trumpet as funerals processed by. One of his favorite songs to sing and play on the guitar was “House of the Rising Sun”. And he spent hours playing the Beatles’ songs “by ear”. One of John’s fondest pastimes was being challenged at the game of Trivial Pursuit by all his buds and fans at Buffalo Wild Wings. This was his daily routine for the last several years, where he was widely known and loved by all. He would likely consider that group of friends to be his extended family! John had many furry friends through the years... particularly his beloved schnauzers. Stoney was one of his favorites... so much so, that he used Stoney as his sign-in name at Buffalo Wild Wings. And Jeter is going to be lost without him. John is survived by his loving wife, Kathryn O’Keefe Kaye, who cared for and tended to his every need over the past number of years. He is also survived by his daughter, Lindsay Kaye Elliott of Raleigh, NC. He was preceded in death by his first wife, Daphne Griffin Kaye. Funeral services will be held Tuesday, August 13, 2019 at 3 pm at Parkway Memorial Funeral Home, 1161 Highland Colony Parkway, Ridgeland, MS, followed by interment at Sunset Garden, Ridgeland, MS. Visitation will be held at the funeral home from 5-7 pm on Monday, August 12th, and from 2-3 pm on Tuesday, August 13th. The family would like to extend their greatest appreciation to the many doctors and health care professionals who so expertly cared for John in recent years, particularly Drs. Robert Mallette, Grace Oh, Michael Bourne and Cindy Hayden Wright. Last but not least, the family offers many thanks and kudos to all his friends and fans at Buffalo Wild Wings, where Trivial Pursuit may never be the same without him.