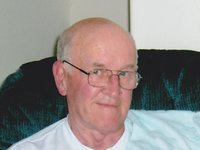 WHITESBORO – Gary David Lockwood, 82 of Wilcox Road, Whitesboro, NY passed away Wednesday, September 4, 2019 at the Presbyterian Home, New Hartford, NY with his family at his side. He was born on January 15, 1937 in Herkimer, NY the son of the late James and Mary (Vincent) Lockwood. He was a graduate of Mohawk High School Class of 1954. On July 14, 1972 he was united in marriage to his wife of 47 years the former Nancy Austin in Albany, Georgia. A proud veteran of the US Armed Forces. Mr. Lockwood enlisted with the US Air Force following his high school graduation in 1954. He was honorably discharged on April 8, 1966 as a Staff Sergeant. He then enlisted in the US Navy until his retirement as a Petty Officer First Class on September 30, 1974 after 20 years of active service to his country. Following his military career Mr. Lockwood was employed as a Corrections Officer for the NYS Dept. of Corrections at the Midstate Correctional Facility, Marcy retiring in 2000 after 16 years of service. He is survived by his wife Nancy, his daughters Lynette A. Goodell and her husband Robert, Whidbey Island, WA, Wendy A. Lloyd and her husband Gavin, Marcy, NY, Suzanne A. Wallis and her husband Tim, Whidbey Island, WA and Tryntjie Jans Chrysler and her husband Gregg, Whitesboro, NY, his grandsons, Brendan L. Chrysler, Whitesboro and Steven A. Goodell, Colorado Springs, CO and by his sister Patricia Lockwood and husband Don of Atkinson, NH. Graveside services will be held on Monday, September 9, 2019 at 10:00 am at the Garlock Cemetery, Johnnycake Road, Town of Danube where Full Military Honors will be accorded. Arrangements are by the Chapman-Moser Funeral Home, Inc., 42 N. Ann Street, Little Falls, NY. There are no calling hours.