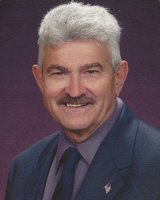 Mr. Richard Warren, 88, of W. Monroe Street, Little Falls, NY, died Tuesday, November 17, 2020 following a brief illness at Albany Medical Center. He was born in Canandaigua, NY on October 27, 1932, the son of the late Richard and Barbara VerHoeven Warren. Richard graduated from Little Falls High School, Class of 1952, and from Hudson Valley Community College with an AAS in Highway Engineering. He was a lifetime resident of Little Falls and worked for the New York State Department of Transportation as a project engineer. He supervised many area road and bridge construction projects, including the Theodore Wind Bridge east of the city. He was a decorated veteran and served his country in the United States Army, during the Korean War from 1952-1954. Mr. Warren was a Member of the First Baptist Church of Little Falls, former trustee and past chairman of the board of trustees. He was an avid golfer, member of the Senior Golf League of the Little Falls Municipal Course, member of the Little Falls YMCA, and enjoyed helping his friends on their farms by plowing their fields. He was also incredibly gifted with the ability to create, and crafted many things for himself and others in his spare time. On April 2, 1955 he married the former Rosemary Malavasic at the First Baptist Church, Little Falls by Rev. Fred Thorne. He is predeceased by his son, David Warren on March 5, 2016; brother, Robert Warren; and sisters, Grace Nash, and Jacqueline Ryan. He is survived by his wife over 65 years, Rosemary Warren; son, Paul Warren; daughter, Rebecca and her husband, Joseph Maugeri; brother, Donald and his wife, Joan Warren; sister, Barbara Warren; grandsons, Joseph, Benjamin, and Matthew Maugeri; several nieces, nephews and cousins. Respecting Richards wishes, his remains were donated to Albany Medical school. He was especially fortunate as he survived many illnesses and complications that normally would be the end of a less healthy individual. He always took excellent care of himself despite having a bit of a sweet tooth. He wished that his body be studied so that others may be blessed with more time on this earth. Arrangements are entrusted to Chapman-Moser Funeral Home, 42 N. Ann Street, Little Falls, NY 13365. A Memorial Service will be held on Saturday May 22, 2021, at 11:00 am at the First Baptist Church of Little Falls. Those wishing to make a memorial contribution in his memory please consider the First Baptist Church of Little Falls, 555 Albany Street, Little Falls, NY 13365, or to St. Jude’s Children’s hospital, 262 Danny Thomas Place, Memphis, TN, 38105. Please sign the online guestbook for Mr. Richard Warren at www.chapmanmoser.com