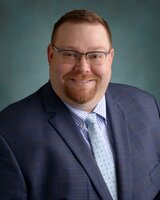 Mr. Andrew C. "Andy" Fogarty, 47, of Clover Lane, Liverpool, New York died Friday, December 17, 2021 at Upstate Medical Center in Syracuse, following a short battle with cancer. Born on September 25, 1974 in New Hartford, NY, he was the son of Jean Connolly Fogarty. He was a graduate of Little Falls High School, Class of 1992, Alfred University, Class of 1997, and Albany Law, Class of 2004. He passed the Bar Exam following graduation. He had been a resident of the Syracuse and Little Falls, previously residing in Albany. Most recently Andy had been working for Nascentia Health in Syracuse, NY. He worked for the Department of Health for 5 years, Health Plan Association of NY where he served as Vice President of Government Affairs for 10 years, and he served on the NYS Assembly with George Winter for 4 years. He was of Protestant faith. Andy was an Eagle Scout. He loved reading. He was a member of Henry Galpin Civil War Round Table. He was a Civil War Enthusiast. He enjoyed going to camp at Piseco. He was a great speaker. He will be remembered as a jokester, with a great sense of humor. His grandparents, Jim and Eleanor Connolly and aunts, Joan Benson, Mickey and Betty Marino predeceased him. Andy is survived by his mother, Jean Fogarty; cousins, Mike Marino, Robert Marino, Joan Grose, Charlie and Marie Grose; as well as many other cousins and friends. He will be greatly missed by his friends, colleagues, and Nascentia Health family. The family wishes to extend many thanks to his Nascentia Health Family for all their love and support. A funeral service will be held on Monday, January 3, 2022 at 6:00PM at Chapman-Moser Funeral Home, 42 N. Ann Street, Little Falls, NY. The family will receive relatives and friends on Monday from 4:00-6:00PM at the funeral home. In lieu of flowers please consider donations in memory of Mr. Andrew Fogarty to Nascentia Health Charitable Foundation, 1050 W. Genesee Street, Syracuse, NY 13204.