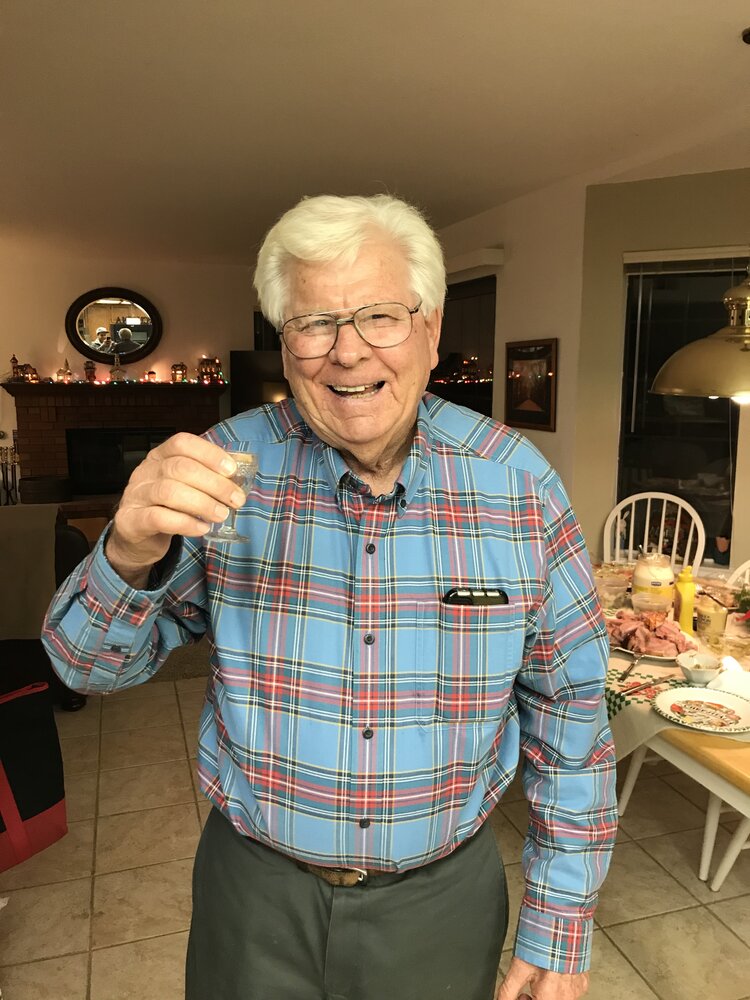 Please share a memory of Robert to include in a keepsake book for family and friends.
View Tribute Book

Born on the 4th of July in 1936, Robert Michael Mucica lived nothing short of an extraordinary life. His parents Freida and George raised Bob and his two brothers, George, and James, in Little Falls, New York. In 1956, after completing his Associates of Science in Electrical Engineering from SUNY Canton, he wed his high school sweetheart Mary Ann Pellerito.

Bob's incredible life hosted a groundswell of education, adventure, and a passion for his large family. He went to school nights, obtaining additional degrees from UCLA in Electrical Engineering and a Marketing degree from Pepperdine. He led numerous programs at Rocketdyne, Div. of Boeing over the course of 42 years with the organization and his entire career. Most notably Bob was pivotal in contributing to the Apollo Program and Space Shuttle program. Retiring as the Director of Rocketyne's Advanced Programs for new Space and Terrestrial Electrical Energy Power Systems, Bob was a much-honored employee. Upon retirement Bob leaned into his passion of gardening fostering 40 fruit trees and vegetable and rose gardens. As his retirement years led on, Bob volunteered for numerous organizations in his local community, such as Food Share and was a committed member of Peace Lutheran Church in Camarillo.

Among Bob’s numerous accomplishments, he will be most remembered for his curious, caring, and tender heart. He was always more interested in others than himself, meaning that he knew and took pride in the lives of all his loved ones, especially his grandchildren. Never without a question for those in his presence, he genuinely cared about how those around him were doing and what they were up to. His responses were always laced with care, wisdom, and wit, so that anyone who was fortunate to spend time with him is better for it. His impact was profound.

Bob leaves behind his wife and three daughters: Gwendolyn Haskins, Debbie Mucica and Amy Coté, as well as their loving spouses - Gwen's husband Randy and Amy's husband Jim. He also leaves behind his six grandchildren - Kristen, Patrick, Taylor, Zachary, Ethan, and Jeremy and several of their spouses. Prior to Bob's passing he was able to spend time with eight of his almost nine great grandchildren - the 9th due in 2023.

Bob passed on September 21, 2022, in the arms of his loving wife and family. We will be hosting a memorial and service in his hometown of Little Falls, NY late Spring/early summer 2023.

To send flowers to the family or plant a tree in memory of Robert Mucica, please visit Tribute Store
Online Memory & Photo Sharing Event
Online Event
About this Event

Look inside to read what others have shared
Family and friends are coming together online to create a special keepsake. Every memory left on the online obituary will be automatically included in this book.
View Tribute Book
Services for Robert Mucica
There are no events scheduled. You can still show your support by sending flowers directly to the family, or planting a memorial tree in memory of Robert Mucica.
Visit the Tribute Store
Share Your Memory of
Robert
Upload Your Memory View All Memories
Be the first to upload a memory!
Share A Memory
Send Flowers